The Ferrari F50m GT was a very limited production run of 3 vehicles based on the F50. It was intended to race the BPR Global GT Series.
The cars never raced as Ferrari pulled the plug on the program. 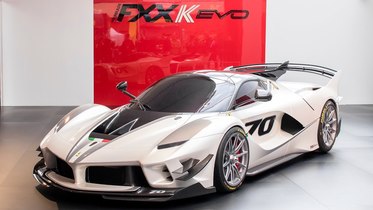 Status: LE by BBR in 1/12 available by pre-order (not yet produced)

Status: existing as a 1:8 scale development model by FrontiArt for the Koenigsegg Factory.
Hopefully Koenigsegg will commission FrontiArt to develop the Jesko in 1:18 scale pretty soon.
Thank you for viewing CARVtech PC, 2018 (est. 2002). Please feel free to use our contact Form.